Here are the latest top headlines from York County, Pennsylvania and the region.
York Daily Record

They allege Aignee Nicole Freeland, 23, of the first block of West Maple Street, York, had an inappropriate relationship with a 16-year-old female student and basketball player, according to a news release.

The charges come after an unexplained absence by Freeland on the sidelines during last week’s Dover-Spring Grove game.

At 9 a.m. Wednesday, police arrested Freeland at her home and took her before District Judge David Eschbach, who set her bail at $100,000. As of Wednesday afternoon, she remained in York County Prison.

Freeland faces one count of institutional sexual assault and one count of unlawful contact with a minor – sexual offenses.

Police allege contact between Freeland and the player occurred between Nov. 1 and Dec. 20 and took the form of conversations in person and on social media. The player said Freeland also touched her “all over her body” when the two would meet after basketball practice.

“Both were aware Freeland could get in trouble if anyone found out about the relationship, so they agreed not to tell anyone,” documents state. 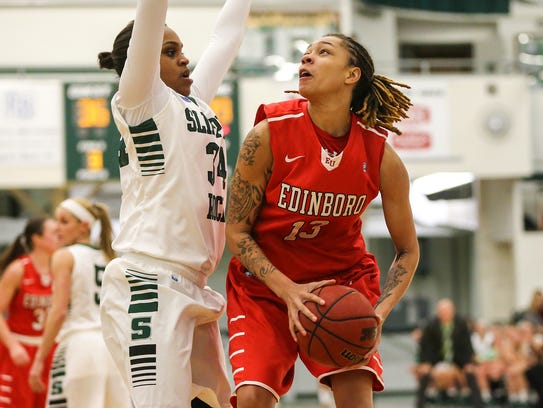 Police began their investigation on Dec. 20, when they were notified by Dover Area School District officials of the allegations against Freeland. The district suspended her immediately, the release states.

The victim was interviewed on Jan. 4 at the York County Children’s Advocacy Center.

“During the interview the victim disclosed information of a physical relationship and sexual acts between the two,” the release states. “These instances occurred at various locations in Dover Borough, Dover Township, and Manchester Township.”

The teen told police she had deleted the texts and conversations between herself and Freeland, according to charging documents.

However, police conducted a forensic examination of the girl’s cellphone, which showed numerous contacts, including 18 video calls, between Freeland and the victim.

On Wednesday, the Dover Area School District released a statement about the arrest, assuring parents, students and the public that the district does “not condone such actions by its employees.”

The district said that once it became aware of the allegations, they removed her from her duties.

“The Board of Directors want to be very clear, the protection of students is paramount and they will take all appropriate actions to accomplish this objective,” according to the release.

Freeland was not present for Dover’s junior varsity game on Jan. 3. Chris Day served as acting JV coach. No explanation was given at the time for Freeland’s absence.

The accused is a 2012 William Penn Senior High School graduate, who played basketball at Edinboro University and professionally in Romania.

Here is the full statement from the Dover Area School District:

“It has come to the attention of the Dover Area School District that a coach of the District has been arrested and charged with one count of Institutional Sexual Assault and one count of Unlawful Contact with a Minor – Sexual Offenses.

“It is unfortunate to have these types of situations occur in a school setting; however, the Board of Directors and the Administration of the district want to assure the parents, students, and public that they do not condone such actions by its employees.

“It should be noted that while this individual was a coach in the district, they were not a teacher in the district. The community should be aware that once these allegations were made known to the District Administration, the coach was removed from her assignment and suspended from participating in school activities.

“The Administration contacted the appropriate local and state authorities and have cooperated in the investigation of these allegations. Furthermore, counseling has been arranged for the students and due to privacy rights afforded the individual, the District nor its representatives cannot release any further details of the matter.

“The Board of Directors want to be very clear, the protection of students is paramount and they will take all appropriate actions to accomplish this objective.”

Check out York County’s Most Wanted: (The photos and information published are provided by the York County Sheriff’s Office. To report information on any of these individuals, call York County Crime Stoppers at 717-755-TIPS.)